There are thousands of forums out there that perpetuate this thought – bitter men discussing how being ‘open, honest and nice’ doesn’t pay off.

But there is a big difference between showing interest in an attractive way and grovelling at someone’s feet in a needy way.

Here are four things you can do to show more interest in a balanced and attractive way.

On her core values, interests, and passions.  Make it known that you like that she likes things.  Men are often afraid to compliment because they sense a loss of ‘power’ when they show interest.  This is your ego talking and it doesn’t need to be acknowledged.  Get over yourself, and let her know that her honesty/intuition/laugh really does it for you.

You know those things that you would generally rather avoid talking about on dates?  The things that if someone found out about you they just might turn and run the other way?

Robert Glover once said, “Humans are attracted to each other’s rough edges”.  The things that you expose about yourself that are the most authentic and sometimes scary, are often the things that endear people to you the most.  So rip those skeletons out of the closet and let one roam free on the first date.  Give it a shot. 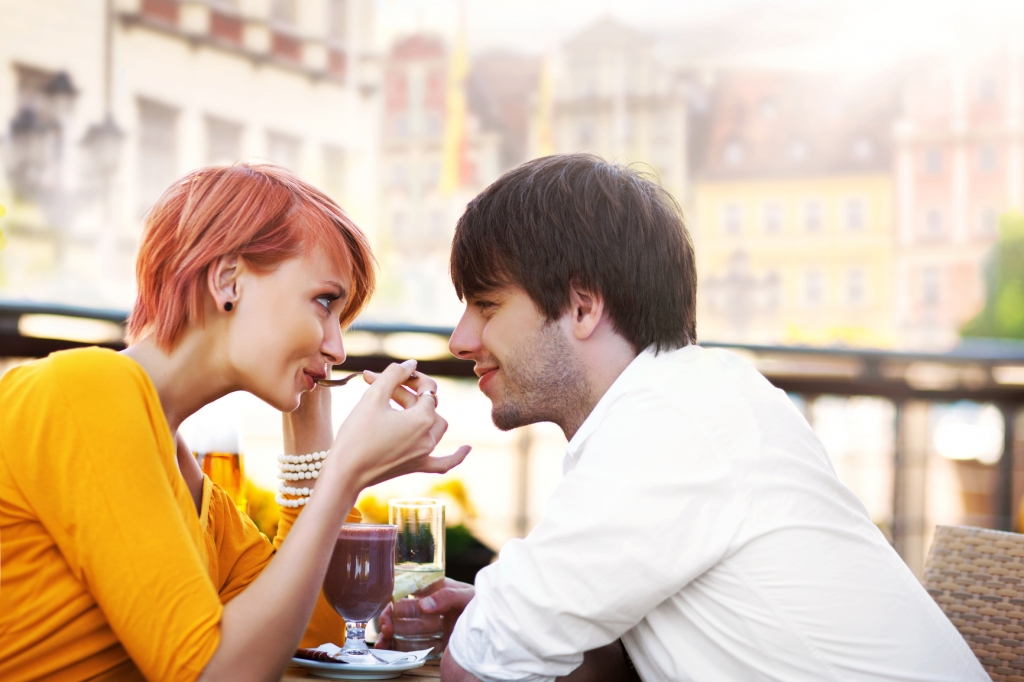 3. Dive In To Conversational Depth

Common topics that people like to avoid early on in relationships?  Personal values, morals, and sex.

There is no reason to put off these vital topics.  As long as you are bringing them up in a calm, calibrated way, there’s nothing to worry about.  Besides, you’ll save yourself a lot of time by not dating people that aren’t a match for you in the first place.

4. Giving Her A Chance

But if you are too quick to hit the eject button on a new relationship you could be seriously missing out.  The greatest long term relationships don’t start with a dizzying high of emotions and happy brain chemicals.  Quite the opposite in fact.

It’s been proven that the healthiest, longest lasting relationships start (emotionally) as more of a slow burn process.

You meet her and you find her very intriguing.  Your heart doesn’t race like crazy the first time you lay your eyes on her (as this is more likely lust or the makings of a short-term infatuation).  You talk and it feels very natural and easy.  The more you talk and the more time you spend around each other the more sense it makes.  Things naturally progress along until you find yourself feeling certainty that she makes you a better person.

Compare that to the flash-in-the-pan nature of the short term infatuation/peak/resolution cycle… and you’re looking at very different processes.  Pay close attention to what you feel when meeting new partners, as you might actually be letting the best potential partners for you slip away because they don’t stop you in your tracks from the first chance encounter.

Women are attracted to guys who can emote, show praise, and be themselves without fear.  Accomplish all of these things simultaneously by heeding whichever of the points most resonates with you.

Jordan Gray
Does An Equal Marriage Equal Less Sex? Not Quite…
Recent research has shown that the more equal and fair couples are in their partnership the less sex they have. The more the man does what are considered to be more feminine chores, the happier she says she is with him as a partner, but the less sexually desirable she finds him. But is this really...
Continue Reading

Jordan Gray
All Of Your Problems Boil Down To These Two Questions
I have been a full time sex and relationship coach for the last decade. And in my time as someone who is on the front lines of facing into people’s pain, I have noticed a few pervasive patterns. Primarily, that the root issue of everyone’s questions can be boiled down to two simple questions: 1....
Continue Reading

Jordan Gray
5 Sweet Romantic Gestures For Every Day Life
I recently wrote about grand, sweeping, powerful romantic gestures… and those are fine and dandy… but what about the every day, run-of-the-mill, soft and loving gestures? Maybe you’re not one to really put yourself out there. Maybe your partner embarrasses easily and doesn’t like to have too much attention...
Continue Reading

Jordan Gray
New Relationship? Here Are 5 Ways To Overcome Your Anxiety
One of the most common questions that I get on a weekly basis is... "I'm in a new relationship and I feel a low level state of anxiety basically 24/7. Am I normal!? Will this ever end? Should I listen to my anxiety and run, or hunker down and stick it out?" Many a new relationship...
Continue Reading

Jordan Gray
I’m Not Perfect – And No One Is
When people find out what I do for work, they tend to assume a few things about me. “You’re a relationship coach? So you must be like the perfect boyfriend then, right?” “What a fascinating job. So I guess you and your girlfriend never fight.” “You’re basically a therapist for intimate relationships…...
Continue Reading
Subscribe