What 100 People Said Their Ideal Love Life Looks Like

I recently asked 50 men and 50 women a simple question regarding their ideal love life.

I asked them to each complete a single “sentence stem” five times.

That sentence stem was “If I were to take full responsibility in my love life…”.

Their answers were inspiring, beautiful, heart-warming, and sometimes hilarious. I was surprised by some of the consistent things that kept popping up from both men and women (take that, stereotypes!).

The following are the ten themes that popped up the most from all 500 of the responses.

1. “… I would tell them how much I love them, and how much I appreciate them, a lot more often.”

By far one of the most consistent themes from the responses was about being more proactive in expressing how much they loved and appreciated their partner.

Whether it was telling them they loved them, praising their character, or sending them an appreciative text message, many of the responders were well aware that a little more praise would go a long way in making their significant other feel significant.

2. “… I would be more loving towards my partner/spouse/significant other and give them more of what I know they need.”

Many others expressed that they knew what it was that made their partner feel loved, but they were also aware that they hadn’t been making enough of an effort to meet those needs.

Whether their partner needed more cuddling, head-scratching, back rubs, verbal praise, or ample time to connect through conversation, many responders felt like they were giving their partner a sub-par performance when it came to meeting their needs.

3. “… I would initiate sex more often. I want to, I know I would enjoy myself, and I know that they would feel more desired because of it.”

4. “… I would bring up the things in our past that I still feel hurt about.”

Maybe their partner hurt their trust years ago and it was never fully resolved. Maybe they said something a few weeks ago that was somewhat hurtful and it’s still lingering in their minds. Maybe they feel like their partner has slowly been emotionally shutting off to them and they don’t know the cause behind it. Whatever the specifics, many people mentioned a desire to be more proactive in cleaning the space between them and their partner in order to feel safer and more connected.

5. “… I would acknowledge that I’m waiting for a partner to complete me when, in reality, I need to complete myself.”

While it is absolutely normal and healthy to have preferences when it comes to your romantic partner, if you’re looking for certain non-negotiable character traits in your significant other, you might want to try becoming those traits first.

6. “… I would make it a priority to put dates/connection time/my relationship into my calendar more often.”

The majority of my self-employed/entrepreneurial readers who responded to my question expressed an interest in prioritizing their significant other over their work more often.

7. “… I would quit my job/quit hanging out with people that drain me in order to be a happier, more present partner.”

This one surprised me more than most in this list… especially because it showed up in almost 20% of responders answers (which is fairly dense from a sample size of one hundred people).

This point comes down to boundaries. People want to say “No” to things that they aren’t saying no to, and they are aware of the effect that it has on their daily levels of happiness.

8. “… I would let go of the idea that sex needs to be spontaneous and prioritize investing in our sex life.”

Similar to point number three, but different enough that it warranted it’s own section.

When you’re in the first year of a relationship, sex can seem to happen a bit more spontaneously. In reality, it usually doesn’t. People still obsess over what to wear on dates, what condition their pubic hair is in, how clean they are around-the-clock… people do a lot of mental and physical preparation in order to have a lot of so-called “spontaneous” sex early on in a relationship.

But sex doesn’t need to be spontaneous in order to be good sex. In fact, a lot of people feel that they can relax more into a sexual session when it’s been premeditated and planned by both parties.

You get the anticipation of knowing that you’re going to have sex with your partner, and you can make sure you’re as ready as you can be to dive into each other.

I feel it worthwhile to note that many people that I included in this section also explicitly mentioned wanting to go to more workshops or seminars focused around sexuality, and they wanted to increase their intake of books, video courses, or other resources that improved their skill set around being a more capable and present lover.

9. “… I would kiss them like I mean it more often. I wouldn’t just go to work in the morning with a quick hug.”

This point comes down to presence, and not taking their partner for granted.

Many people said something along the lines of “I want to kiss them like I mean it in the mornings… I don’t just want to go through the motions with them. They deserve better than that.”

Three minute hugs… deep connection exercises… real, passionate kisses! I just love the taste and smell of intentionality early in the morning (and at all points throughout the day)… it wakes you up so much more than coffee.

10. “… I would swallow my pride and look into therapy/couples counselling to work on my blocks to love/having the best relationship possible.”

Last but certainly not least, many of my readers mentioned wanting not only to work through their specific roadblocks with their partner (or within themselves) but to do so with someone whose counsel they respected.

Clearly this is a self-selecting bias since I was asking a group of one hundred people who already follow a relationship coach, but it was still good to hear that the ego/resistance was on their radar.

If you’d like to reach out to me directly and chat, I’m here for you. 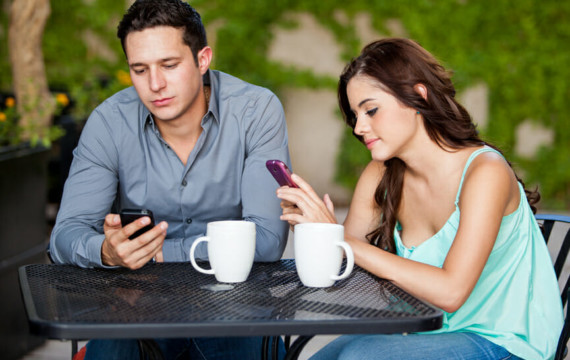 Jordan Gray
7 Signs You Should Break Up With Them
Is there anything more painful than the state of limbo that occurs when you're living in a relationship and you aren't sure whether or not you should end it? Did something change in the relationship? Maybe you're growing apart… or you're falling out of love… maybe you were never in love in the first...
Continue Reading 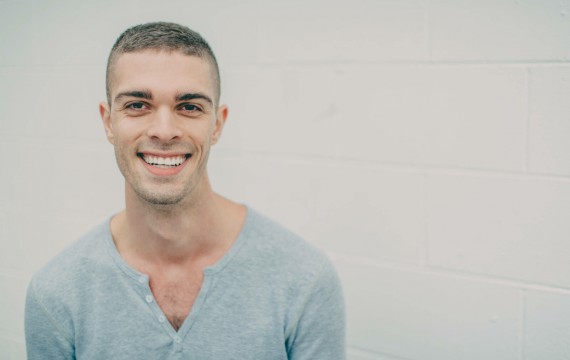 Jordan Gray
The Top 10 Best Articles Of 2016
2016 was a massive year of growth for me. Many big wins and many big challenges. On the wins side... I helped more people this past year than I had cumulatively helped in my previous six years of coaching combined, I cultivated a deep sense of community for the first time in my adult life, I lived...
Continue Reading 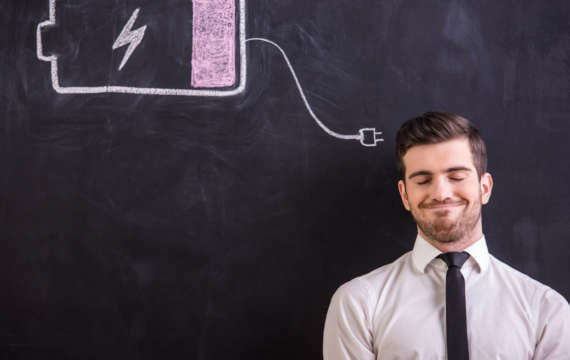 Jordan Gray
How To Rest (A Guide For Type-A People)
For as long as I can remember... I've always been a bit of a high-strung workaholic. On one occasion, I worked myself into total burnout - where I could barely stand for more than a few seconds without feeling dizzy. And mustering up the energy to walk to the sink to pour and drink a glass of water...
Continue Reading 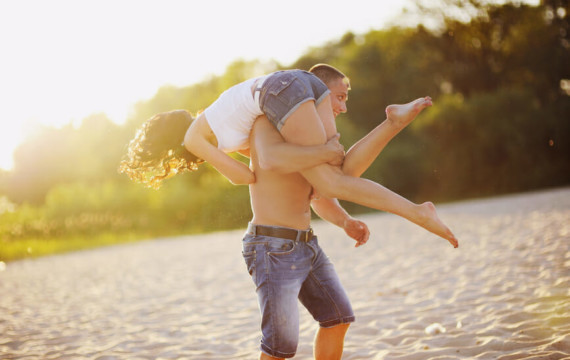 Jordan Gray
10 Ways To Be The Most Romantic Partner She’s Ever Had
"Romance is for the unmarried." "Chivalry is dead." "Real men aren't romantic." I've heard these sentiments uttered by people throughout my life. And what a load of crap. The truth? All men have the ability to be romantic. Granted, many guys are afraid to do romantic things because they...
Continue Reading 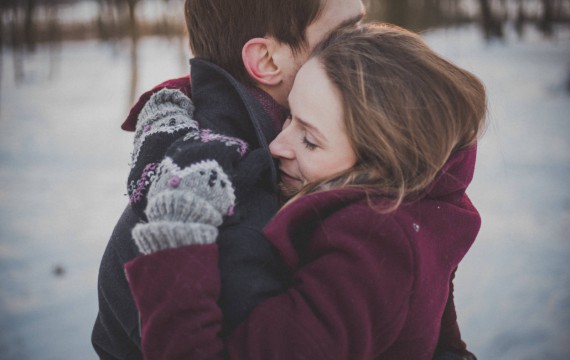 Jordan Gray
There Is Freedom In Commitment
We fear that making commitments limits our freedom, when really, making the right commitments gives us more freedom than anything else we could do for ourselves. Allow me to paint a picture by contrasting two clients I worked with within the last decade. Karissa was terrified of...
Continue Reading 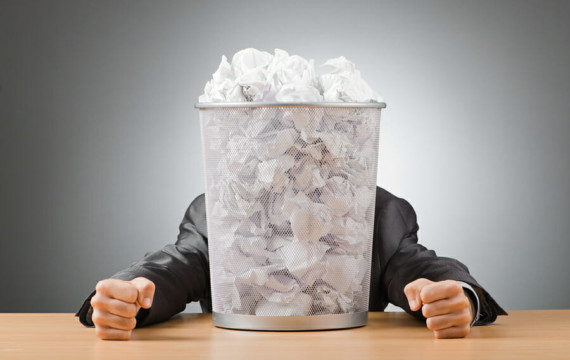 Jordan Gray
How Ejaculating Too Much Drains You
Your sexual energy is the greatest and most potent form of energy available to you. You can either squander it or utilize it to its fullest potential and let it supercharge your life. Anecdotal evidence and emerging studies suggest that having fewer orgasms could make you into a more productive,...
Continue Reading
Subscribe