“Do you know of any sex toys that both men and women can benefit from? As in, one toy, that both a man and a woman can derive a lot of pleasure from… something that a couple can use together. Ideally, it’d be a sex toy that doesn’t have a big long cord (like the Magic Wand) and is waterproof or at least water resistant (since I’m a squirter). Thanks!”

At first, I didn’t know of any sex toy that both men and women would love. Sure, men can benefit from vibrating toys like the Magic Wand, but the cord is cumbersome and the powerful vibrations (and limited settings) are overwhelmingly stimulating for most people.

As I tend to do when I don’t have a perfect answer for a reader question, I went into research mode.

I set out to find a sex toy that was wireless, easy to clean, and would be able to bring highly controllable, highly customizable pleasure to a clitoris, G-spot, and anus.

I’ll save you the trials and tribulations of the dozens of toys that I tested out (by myself, and with a partner)…

This is what I found.

Introducing… the single best sex toy for women AND men…

The Crescendo, from Mystery Vibe 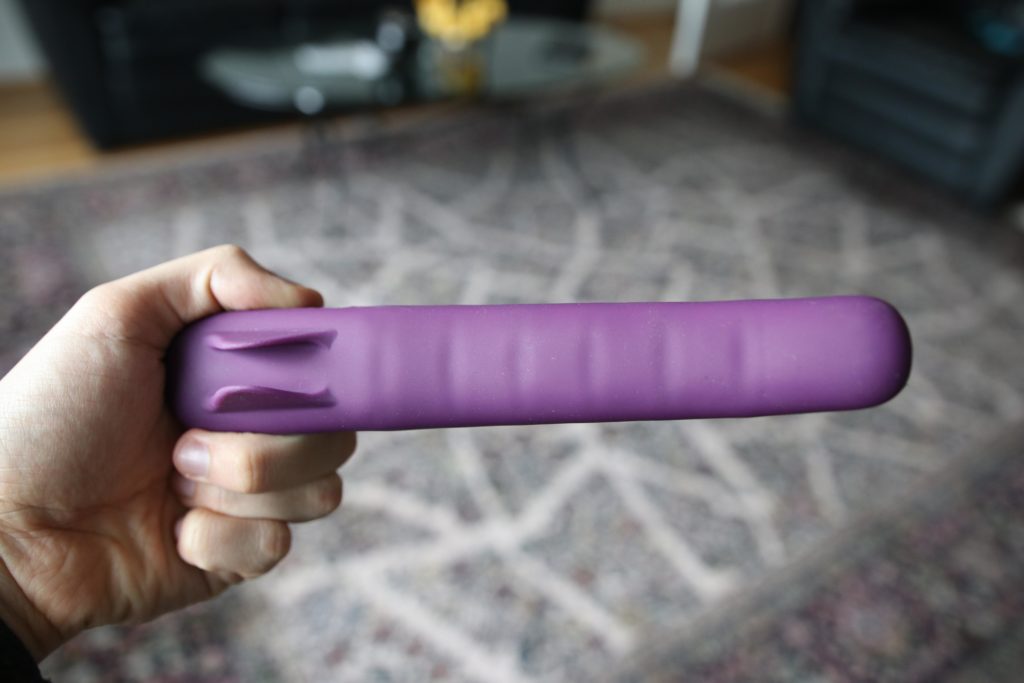 Regardless of whether you’re cradling your testicles with it, using it to bring your G-spot to new heights, or penetrating a bum with it… this little gift gets into all of the fun-to-reach places.

What Is The Crescendo And Why Is It Amazing?

has a lot of upsides to it that made me want to write this dedicated article on it. Here are a few of the most apparent benefits and features. 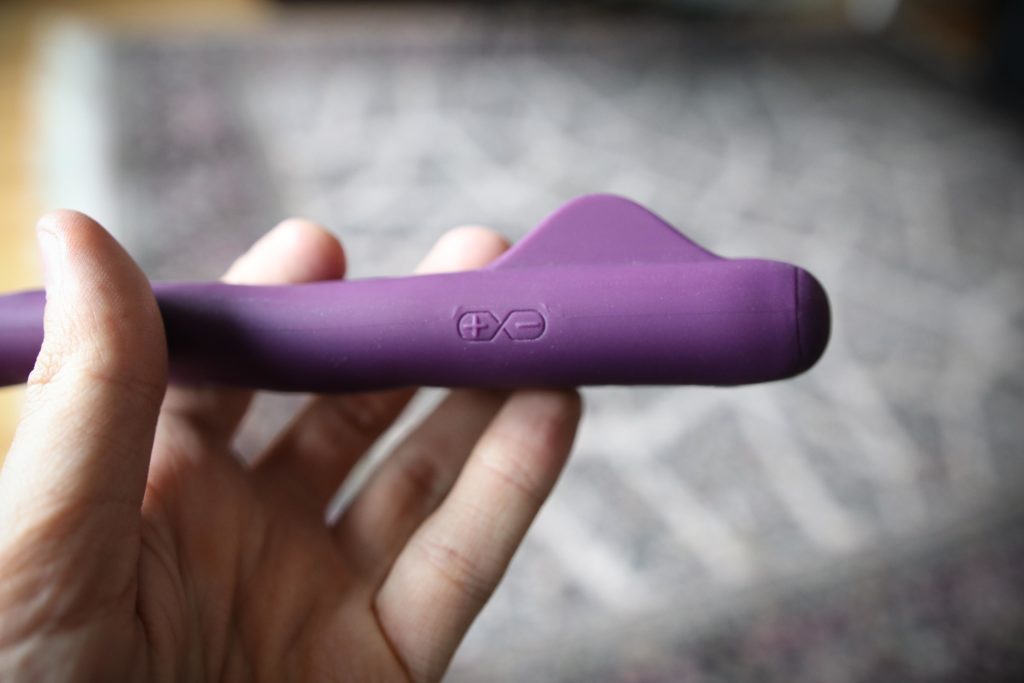 The intensity is fully controllable (from the four buttons, on either side of the device), and there are many different modes that you can cycle through depending on how much (and what kind) of stimulation you prefer.

There’s also an app that you can download that gives you access to even more modes of vibration. I didn’t download the app because I’d rather not look at any screens during sexual play, but some people really enjoy experimenting with the bonus settings.

(Bonus tip: once you find the intensity and setting that you like the most, hold the + and – sign at the same time, for three seconds, to lock off the mode… so as to not accidentally change the settings when you’re gripping the toy firmly, pre-climax.) 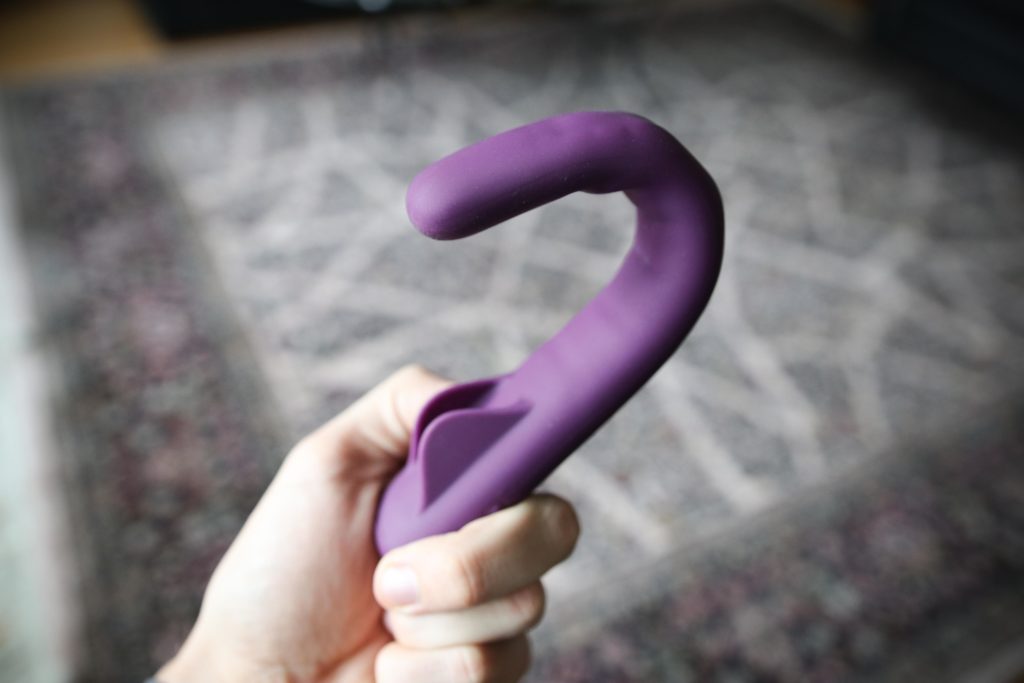 The Crescendo bends into many different shapes depending on what you’re using it for. Simply put, the toy can be bent into any “I”, “C”, “L”, and “S” shapes (and everything in between) with ease.

There’s also a perfect amount of stickiness to the moving parts. In other words, they aren’t so stiff that it’s ever challenging to bend them, but they’re also not so easily moved that they change shape during a rougher G-spot stimulating session. A+!

The Crescendo is also significantly quieter than the Magic Wand (and most other vibrators I’ve experimented with). I’m not sure if it’s quieter because of the material that the vibrators are enclosed in, or if they put some extra magic in there… but it’s really quiet (which always helps if you have children/room mates/neighbours/thin walls, etc.).

I didn’t believe this at first (“Wait… you mean water resistant, right?”) but it’s true. This toy is waterproof. As in, you can fully submerge it in water while using it (during a bath, for example) without issue.

I felt old when I didn’t even know that this was a thing that sex toys were capable of yet… but you charge your Crescendo by placing it on a little plastic platform. This is similar to how you charge your electric toothbrush.

It charges this way so that you don’t have to plug anything directly into it… and it stays sealed (which is what makes it waterproof). 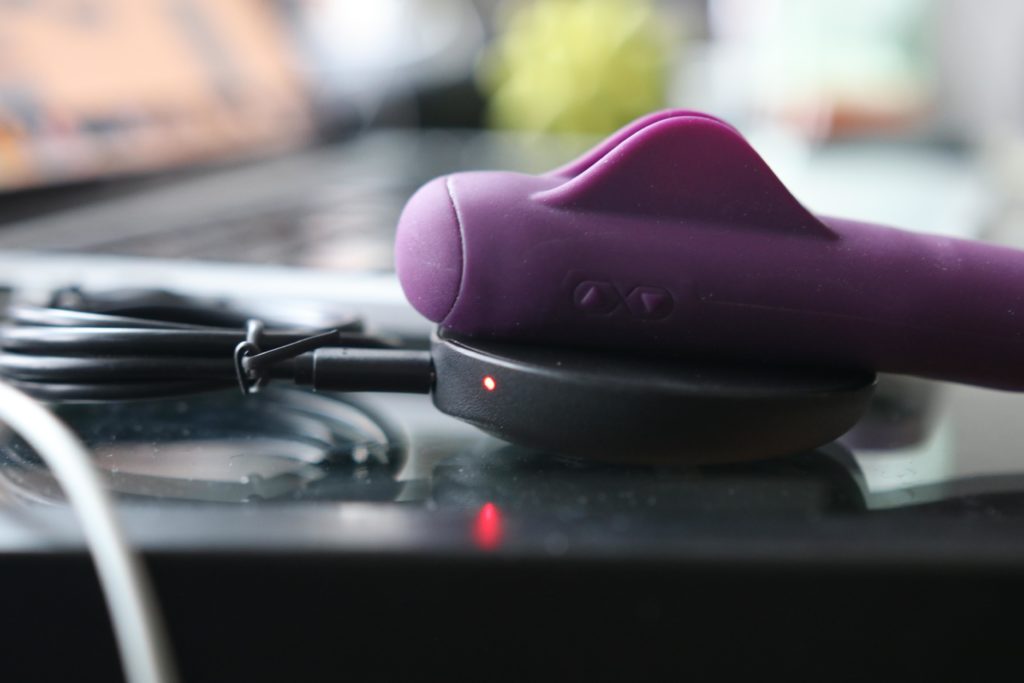 If you’re worried about people seeing you as a kinky sex fiend… have no fear!

Crescendo ships discretely (“Personal massager”) so your neighbours won’t know what fun you’re up to… until they hear your moans through the walls. 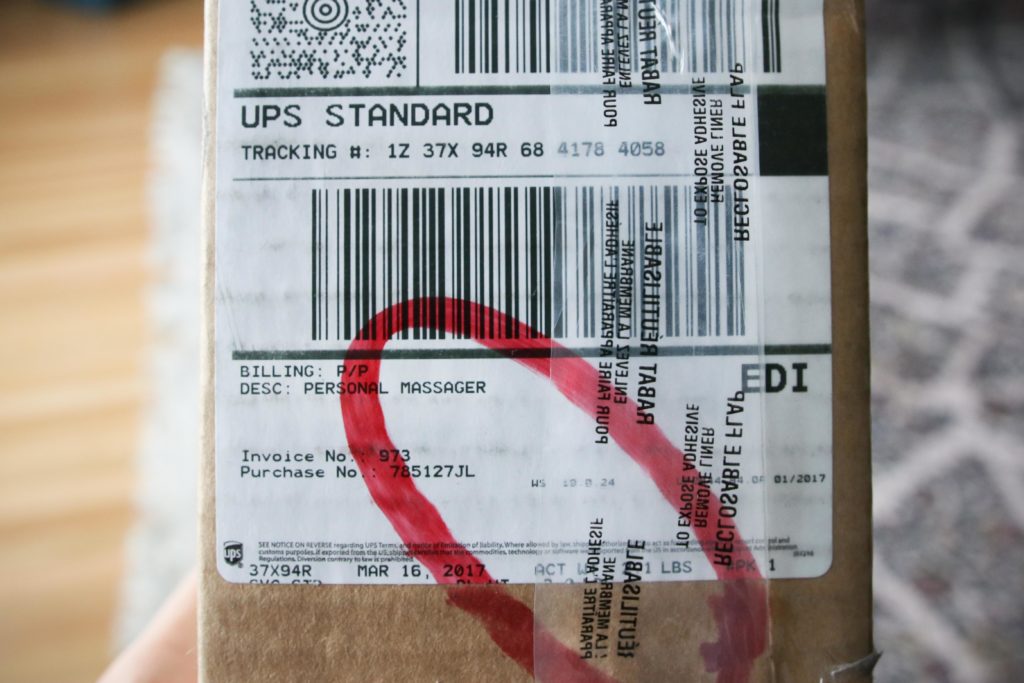 Powerful, nuanced, sleek, and sexy… this toy has it all.

On its maximum setting, it can be as overwhelmingly powerful as the Magic Wand, and there’s a gradient of less intense vibrations on the way down the scale. I personally tend to use it around the half-way point, intensity wise (and it’s more than enough for a powerful, sustained orgasm).

Have you ever smelled a silicone sex toy and thought “This doesn’t smell like I should be using it in/on my body…”. Well, you’re totally correct.

Most sex toy companies use phthalates to make their toys softer and more flexible. And phthalates are a known carcinogen (aka can be cancer causing).

The Crescendo doesn’t use any phthalates on their toys, and they use premium, body-safe silicone that is good for your body and your health.

In other words, it doesn’t smell bad, it’s healthy for you, and it feels amazing to touch.

Any Down Sides To The Crescendo?

While the down sides are minimal, they’re still worth mentioning. 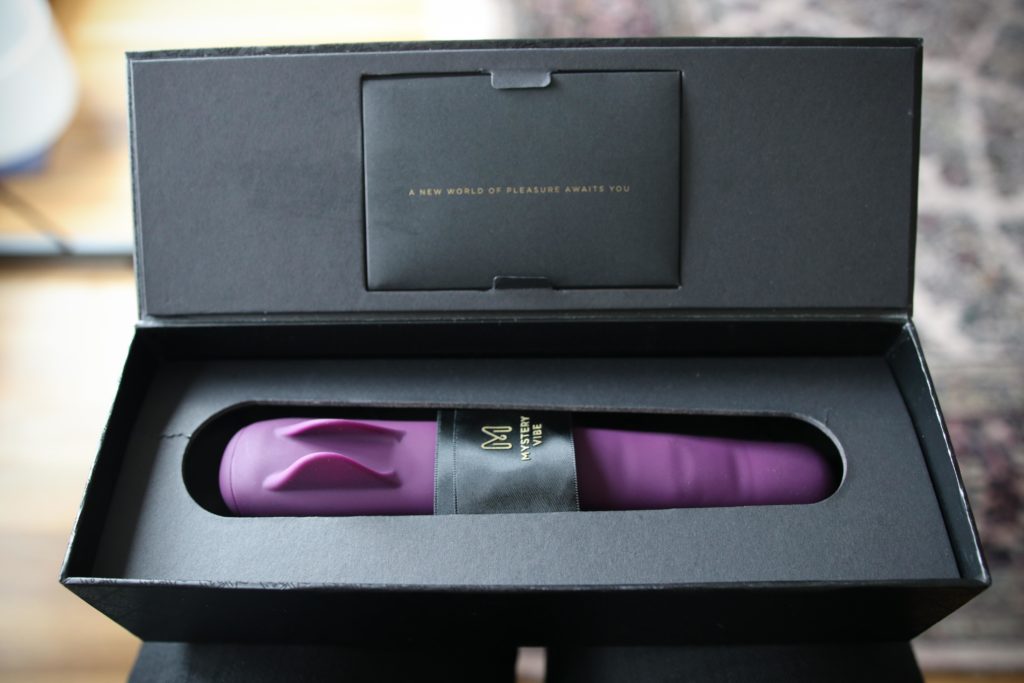 1. The battery life could be short, depending on your needs

Depending on how you use it, the Crescendo will last you anywhere from 2-6 hours on a single charge.

While this won’t be prohibitive for most people, I have heard of people saying that they wish that the battery life lasted for even longer (because yes, apparently some people want to go full blast intensity for longer than two hours in a single session).

The other factor that could be prohibitive for some people is the price.

$179 isn’t within everyone’s price range, but keep in mind that by owning this toy you aren’t paying for batteries (and the battery is designed to last for over 4,000 hours, also known as 500+ full charges).

The Crescendo will stay with you for a long time. I’ve been using this toy a lot over the past six months and it shows zero signs of wear.

Come to think of it, I can’t even imagine how it would start to break down because the materials are so high quality.

3. Lack of a flared base

You Should Buy This Sex Toy If…

You can pick up your own Crescendo by clicking here. Happy playing!

Ps. If you enjoyed this article I’d recommend you:

– Pick up your very own Crescendo today

– Read The Best Sex Toy For Men, Ever

– Read The Best Sex Toy For Women, Ever

– Read 5 Sex Toys That Every Couple Should Own 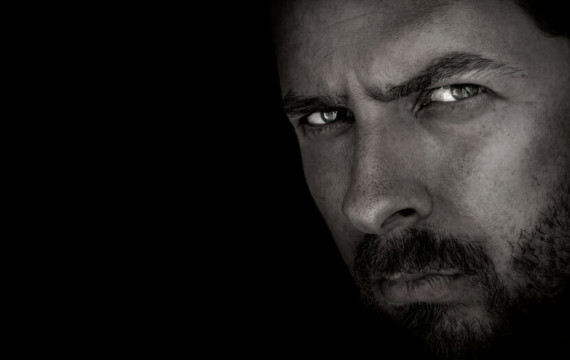 Jordan Gray
How To Master Dark Sexual Energy As A Man
Do you feel like you might be lacking a sexual edge in your life? Want to feel more dominant, assertive, and powerful in the bedroom? Whether you know it or not, what you're looking to cultivate is called dark sexual energy. And I'm going to show you how to do...
Continue Reading 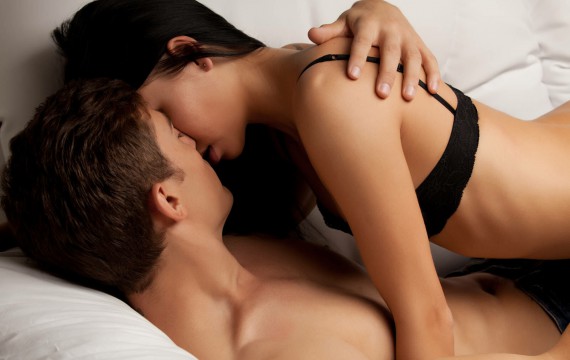 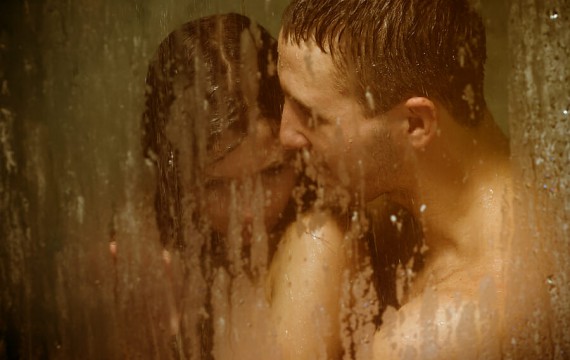 Jordan Gray
How To Get Your Partner To Initiate Sex More Often
"How do I get my partner to initiate sex with me more often?" This is one of a handful of questions that I get asked on a weekly basis that makes me internally cringe. Why? Because, while I empathize with how bad it can feel to not have a sense of sexual connection with your partner, to me the question...
Continue Reading

Jordan Gray
Stop Having Sex (For The Sake Of Orgasms)!
It’s time that we started a revolution in how we think about sex. Frustrated men, women, and lovers world wide are standing up and saying ENOUGH already with this two-dimensional sex. Here’s the problem… Most men think of sex as a linear act. I could be all politically correct and say most people,...
Continue Reading 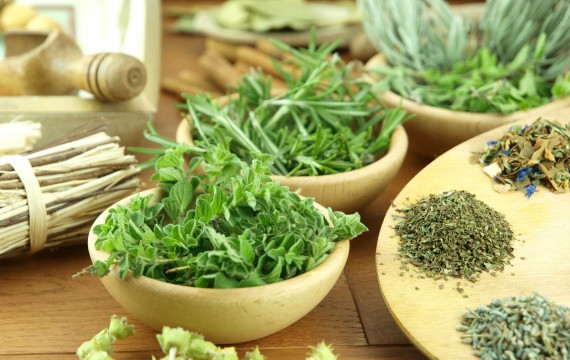 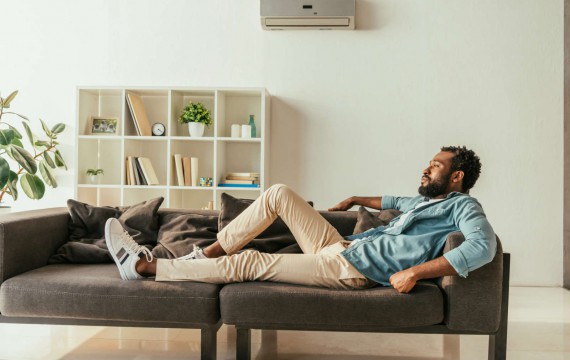 Jordan Gray
Ejaculating Too Frequently Is Wasting Your Potential In Life
Ejaculating isn't bad. Engaging in regular self-pleasure isn't bad. At all. Anyone who has read my writing long enough will know that I’m a shout-from-the-mountaintops kind of champion for engaging in a regular self-pleasure practice. But. Particularly for men, there are healthy and unhealthy limits....
Continue Reading
Subscribe